The Conflict of Facility and Safety Management

In October 2007, a hydroelectric plant in the Western United States was running some routine maintenance. Painters were recoating a 1,300 meter-long penstock[1] with an epoxy coat. Those of us who have worked in industrial facilities know, this relatively routine piece of maintenance poses a wealth of potential hazards. First, as the area has limited access and egress and is not designed to be inhabited, it is defined as a confined space.

In the case described above, the workers, who were presumably trained in WHMIS, should have known that the epoxy coating they were using was highly flammable. The hazards of using a flammable substance are amplified when the work space in question is a confined space with limited ventilation.

In this case, the workers had not properly ensured that their spray equipment was in adequate working order before entering the confined space. The workers used a cleaning substance called methyl ethyl ketone, also highly flammable, to clean their spray equipment while inside the confined space. A static spark ignited this substance, creating a flash fire which quickly spread throughout the penstock. The ensuing fire caused five of the workers to be trapped beyond reach of emergency response personnel, and tragically die from smoke inhalation.

The fallout from this tragic but foreseeable event was huge. The U.S. Chemical Safety Board initiated an investigation that found several faults with both the painting contractor and the owner of the plant. The results clearly highlighted the conflict of interest inherent with safety management at a profit-making facility. 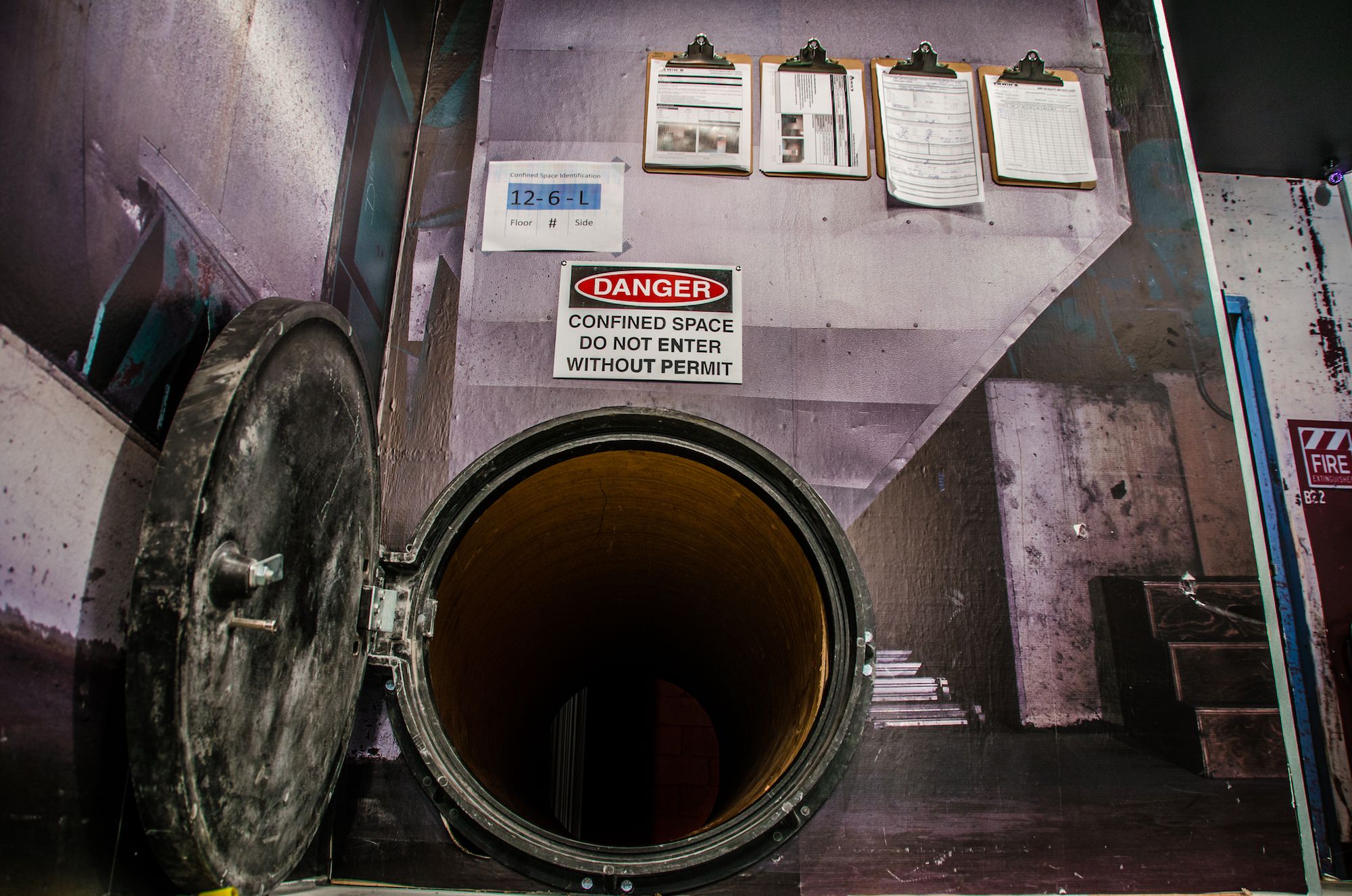 Had this event occurred in Alberta, the facility owner would have been held to the Alberta Occupational Health & Safety Code (the “Code”), which requires that a number of conditions be met before workers enter a confined space. These include:

Results of the Investigation

Management of the plant had failed to conduct a hazard assessment or put a permit system in place despite their understanding of the hazards of the work in question. As a result, no safety plan was created before the work began. Atmospheric monitoring had only been conducted prior to the work beginning, and, of course, the readings were harmless.

Through all these flaws, perhaps the most revealing was the process the owner used for the procurement of the painting contractor. While safety record was written into the grading system which the owner was supposed to use for the contractor-selection process, they ultimately decided on a price level (after giving this contractor a safety grade of 0!)

Owner: A $150,000 OSHA fine and “millions to the deceased workers’ families to settle civil lawsuits.”

Contractor: $1.55M in fines for violation of safety regulations.

Owner: Extended downtime due to deaths at the facility and the resulting investigation, legal fees from both criminal and civil lawsuits.

The Conflict of Interest

While this tragic case is a painful example, a lesson can be learned from it. In this case, the facility’s management was clearly only focused on getting the job done, and getting it done quickly. The focus, unfortunately, was on profits, leading to shortcuts in order to get the plant back up and running. This is why safety contractors exist. The owners of facilities are forced to balance worker safety and profits, and are put in a position where mistakes are bound to be made. In the case described above, third-party safety oversight with loyalties to the law above all else could easily have prevented the tragedy that ensued. In hindsight, it is easy for the owner and contractor to realize the financial repercussions far outweighed the potential benefits, and both will likely never make the same mistake again. However, the families of those workers will never fully recover from their losses, and they don’t have that choice.

We were founded to protect the front-line of Canada because most of us have been the front-line of Canada at some point in time. We have first-hand experience with hazards at industrial facilities, and we feel sadness at every story of a worker casualty that is so easily preventable. In this case, it would likely have only taken an extra day and a few extra dollars to have saved the lives of five workers. We want to eliminate the conflict of interest with facility and safety management. No life is worth an extra day of profits. Contact us today find out more about our safety training courses.

[i] All research on the incident retrieved from http://www.powermag.com/safety-is-not-an-accident/?pagenum=3

[ii] All research on the Alberta Occupational Health & Safety Code retrieved from http://work.alberta.ca/documents/WHS-LEG_ohsc_p05.pdf

At Irwin’s Safety, “we’re powering the workforce for the future of energy”. Contact us today to identify the long-term value we can bring to your organization. More →